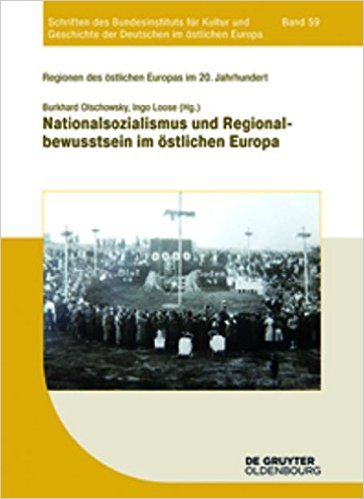 From their very inception in 1933, the Nationalpolitische Erziehungsanstalten (aka NPEA or Napolas) were conceived by their founders not only as the principal training schools for the future elite of the Third Reich, but as being of crucial benefit to the Nazi regime’s mission to Germanise the Eastern territories.

Even in the pre-war years, groups of Napola pupils were regularly sent on so-called Osteinsätze, during which they would attempt to win over Volksdeutsche to the Nazi regime through a programme of cultural and propagandistic activity; they would also routinely live with local volksdeutsch farmers for a few weeks to help them with the harvest.

Once the Third Reich had embarked upon its campaign of colonial domination in the East, it was decided that the establishment of further Napolas in the newly conquered territories would be an excellent means of fostering local cooperation, both in the short and long term.

While a few boys would be sent from ‘mother schools’ in the Reich to ensure that the new Napolas would have the requisite ethos, the rest of the pupils were especially selected from the surrounding civilian population – in particular, those who bore some trace of volksdeutsch or “Aryan” heritage.

These boys were to be educated in the ways of their new Nazi masters, and inculcated with a fitting sense of their ‘elite’ status, then used as (conveniently multi-lingual) leaders and administrators. Their original regional and ethnic identity was to be subsumed into a new, German identity, just as their region itself had been subsumed into ‘greater Germany’.

Using case studies such as NPEA Wartheland, NPEA Sudetenland, and NPEA Bohemia, this paper explores the methods of ‘Herrschaft durch Schulung’ which the NS and Napola authorities espoused, and examines how these worked in practice.