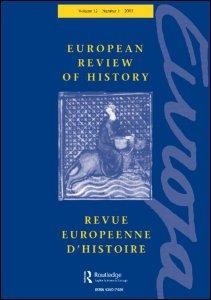 This article explores the tensions which arose when Schulpforta, Germany’s most renowned humanistic boarding-school, was forcibly turned into a Nazi elite-school (a Nationalpolitische Erziehungsanstalt, or Napola). The time-honoured traditions of Christianity and enlightened humanism previously cultivated at the erstwhile Landesschule zur Pforta (alma mater of Fichte, Ranke and Nietzsche) were swiftly subordinated to the demands of national-socialist ideology.

Schulpforta, a former monastic foundation, was radically dechristianised, and her Classical curriculum soon served only to emphasise those aspects of Greco-Roman antiquity which could ‘help the Third Reich achieve its destiny’, portraying the Greeks and Romans as proto-national-socialists, pure Aryan ancestors of the modern German race.

The Napola curriculum focused on sport and premilitary training over academic excellence, and contemporary documentary evidence, memoirs, and newly-obtained eyewitness testimony all suggest that the Napola administration wished to assimilate Pforta with any other Napola. This idea is borne out by comparing the case of Napola Ilfeld, another former Klosterschule (monastery-school) with a similar history. By the mid-1940s, Ilfeld had lost almost all connection with her humanistic past.

Ultimately, we can see the erosion and Nazification of these schools’ Christian and humanistic traditions as exemplifying in microcosm tendencies which were prevalent throughout the Third Reich.