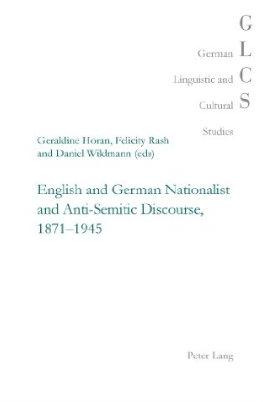 Admiration of Classical Sparta, though prevalent in German nationalist discourse even before the twentieth century, was taken to altogether new heights during the Third Reich. Praised by Hitler himself as ‘the foremost racial state in antiquity’, Sparta was presented in National Socialist thought as the ideal of a totalitarian, Aryan state whose defining characteristics (Gemeinschaftsleben, enslavement of conquered races, and permanent Wehrbereitschaft) mirrored uncannily those of the new Germany.

However, not only did many of the Reich’s leading figures (such as Goering, Goebbels, Rust and Rosenberg) treat Sparta, for educational and propagandist purposes, as the perfect paradigm of a racially-pure warrior-state, which all Germans should unite in recreating – they also claimed that, in a certain sense, the Reich was Sparta reincarnate. They did not see themselves merely as slavish imitators of the Spartans; rather, they felt that the blood of these Dorian-Aryan Greeks was flowing once more in German veins – confirmation that the Third Reich also embodied a glorious ‘Wiedergeburt der Antike’. This article explores National Socialist leaders’ and ideologues’ Spartan self-identification in detail – a subject which has thus far received little scholarly attention.

To view a PDF of this article, click here.