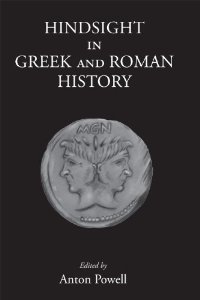 This article explores and analyses the ways in which historians, both modern and ancient, have applied hindsight to the Spartan empire of 404-371 B.C., and to its downfall. Many modern treatments of the period are even labelled as studies in Spartan failure, and thus betray a tendency to over-emphasise error and lack of foresight on the part of Sparta.

To counter this tendency, the paper presents information and reasoning which, by normal logic, might have made the Spartans confident that there would be no such disaster as in fact befell them at the Battle of Leuktra in 371 B.C. The modern tendency to impute predictive ineptitude to Sparta can be traced in part to the ancient sources, most notably to the (contemporary) Xenophon and to Diodorus, both of whom laid stress on Sparta’s moral failings as causes of a collapse which, in retrospect, might seem inevitable.

To view a PDF of this article, click here.