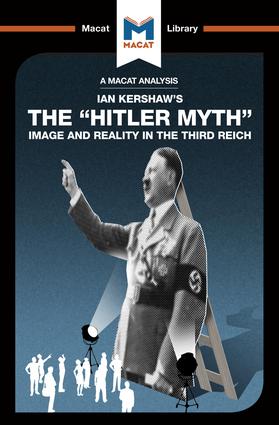 Since 2015, Helen has worked with Macat, an academic technology start-up which aims to develop critical thinking skills, as well as curating a library of analyses of the world’s most influential intellectual works of non-fiction and works of scholarship.

“With a growing list of over 180 titles across a broad range of subject areas, Macat works with leading academics from the world’s top universities to produce new analyses that focus on the ideas and the impact of the most influential works ever written. By setting them in context – and looking at the influences that shaped their authors, as well as the responses they provoked – Macat encourages readers to look at these classics with fresh eyes.”

On Bloodlands: “A flagbearer for the increasingly fashionable genre of “transnational history,” Timothy Snyder’s Bloodlands is, first and foremost, a stunning example of the critical thinking skill of evaluation. Snyder’s linguistic precocity allows him to cite evidence in 10 languages, putting fresh twists on the familiar story of World War II fighting on the Eastern Front from 1941-45. In doing so, he works to humanize the estimated 14 million people who lost their lives as their lands were fought over repeatedly by the Nazis and their Soviet opponents.”

On The Hitler Myth: “Few historical problems are more baffling in retrospect than the conundrum of how Hitler was able to rise to power in Germany and then command the German people – many of whom had only marginal interest in or affiliation to Nazism – and the Nazi state. It took Ian Kershaw – author of the standard two-volume biography of Hitler – to provide a truly convincing solution to this problem. Kershaw’s model blends theory – notably Max Weber’s concept of ‘charismatic leadership’ – with new archival research into the development of the Hitler ‘cult’ from its origins in the 1920s to its collapse in the face of the harsh realities of the latter stages of World War II. Kershaw’s model also looks at dictatorship from an unusual angle: not from the top down, but from the bottom up, seeking to understand what ordinary Germans thought about their leader.”