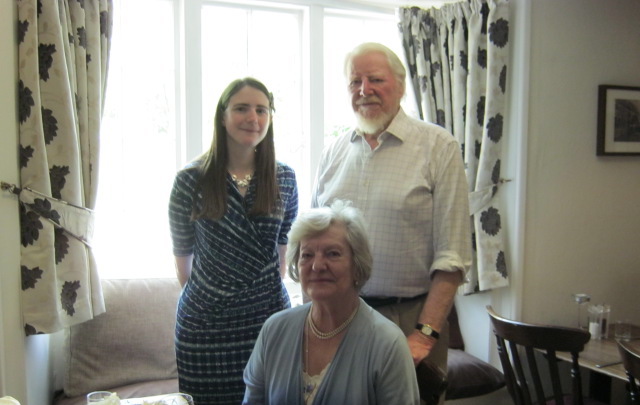 On 18 November 2014, Helen gave a lecture, entitled ‘When the Nazis came to Dauntsey’s’, to the 4th and 5th Form History Society and other interested members of the school community at Dauntsey’s School, West Lavington, Wiltshire. The event was organised by Ben Sandell, the Head of History at Dauntsey’s.

In 1936, a group of pupils from NPEA Oranienstein, one of the Third Reich’s elite schools, took part in an exchange with boys from Dauntsey’s School. The lecture, based on Helen’s recent research on the exchange programmes which took place between the NPEA and British public schools, explored the experiences of the Dauntsey’s boys within a wider context, also looking at exchanges which took place between NPEA Ilfeld and Kingswood School in Bath.

Dick Hargreaves, a ninety-five-year-old former pupil who participated in the exchange programme, was also present, and took part in the Q&A session following the lecture.

Some of Helen’s findings about the exchanges have also been published in the Spring 2014 edition of the Old Dauntseians’ Association Magazine.