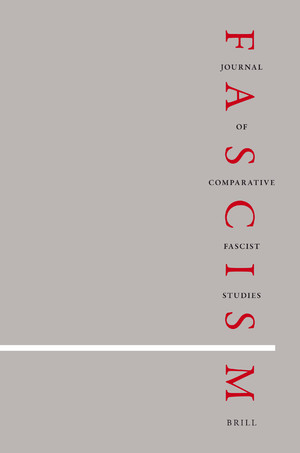 Helen’s guest-edited special issue of Fascism: Journal of Comparative Fascist Studies, entitled ‘Fascist Antiquities and Materialities from the Interwar Era to the Present Day’, has just been published by Brill.

This special issue is based on contributions to an interdisciplinary workshop exploring these themes, which was held at Sidney Sussex College, Cambridge, on 8 June 2018.