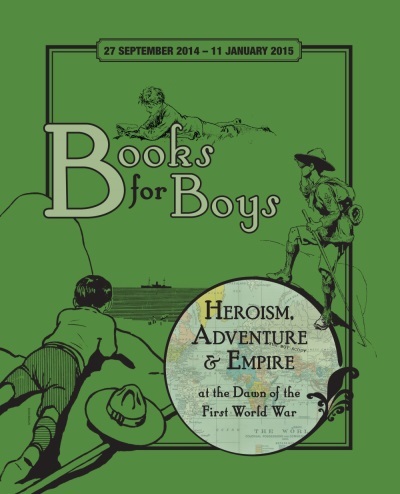 A selection of editions from Helen’s comprehensive collection of Prussian cadet-school literature will also be showcased as part of the display.

The exhibition, which runs from 27th September 2014 to 11th January 2015, explores boyhood during the earliest years of the twentieth century, and the cultural environment that shaped a generation, celebrating a golden age of books for children. In a world where patriotism and duty were often seen as the defining qualities of a manly character, thrilling tales of adventure, real-life heroes, spies and imaginary worlds were written to inspire those boys who would go on to fight in the First World War.

In order to illuminate the workings of these bellicose stories on both sides of the Channel, ‘Books for Boys’ will compare literature from England and Germany in comparative perspective. From this point of view, the lionisation of life in the Royal Prussian Cadet Corps peddled by authors such as Johannes van Dewall, Paul von Szczepanski and Ernst von Wildenbruch can provide an instructive parallel to English school- and adventure stories of the same period.